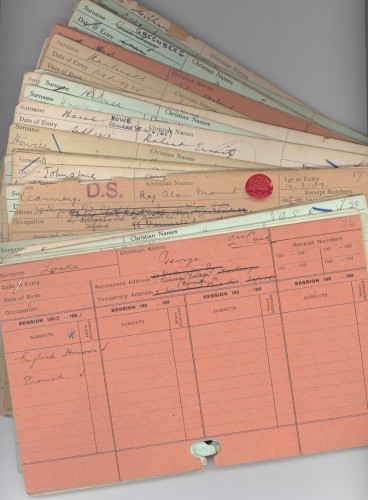 The student cards of East London College students who fought or died in the First World War.

202 student cards have been located in the archives from the estimated 317 students who served in the war. Those who died were commemorated in a war memorial unveiled in the Library (Octagon) in 1923. In addition many staff also served in the forces or undertook war work. One notable example is of Albert Thurston (1881-1964), who was in charge of the safety of design of British Military Aircraft. A former student of East London College, Thurston had established the first university aeronautical laboratory in 1909.