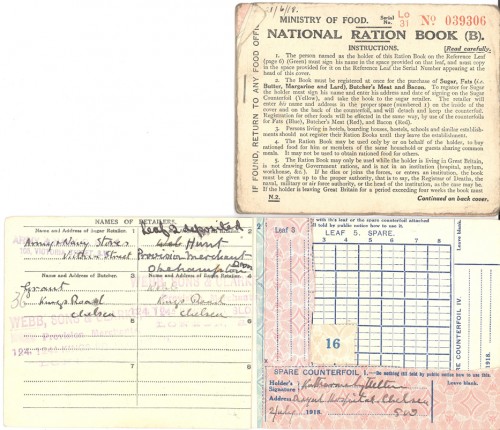 Two National Ration Books issued to Katherine Lyttelton. They list the names and addresses of a Sugar Retailer, Fats Retailer, Butcher and Bacon Retailer the family had registered with. Rationing was introduced into Britain toward the end of the First World War during 1918. Food imports into Britain had been affected following an effective German U-boat campaign in which merchant ships were frequently sunk.