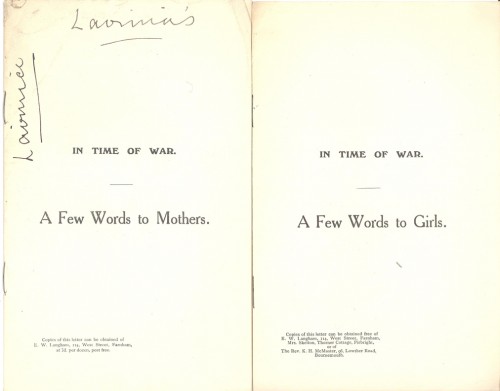 Written by Lavinia Talbot these two booklets make suggestions on how to behave and how to help during the War. Ideas include keeping up with newspaper reports of the war and buying a map to follow along, learning how to cook economically and how to garden, and learning to speak French to help teach the Belgian refugee children. Excerpts include: 'Do not let a mischievous excitement and restlessness, caused by the neighbourhood of these large camps of men, hinder you from doing your best at home in serving your country bravely and nobly, helping in every way you can.' 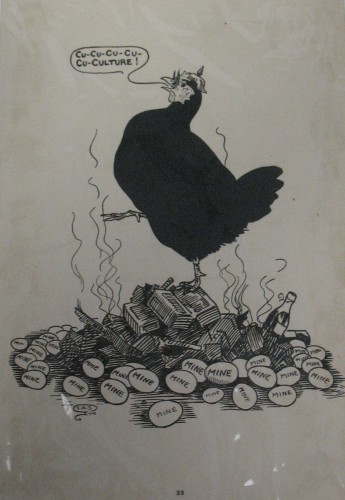 In February 1915 Germany declared the waters surrounding British Isles to be a war zone in which ships could be sunk without warning, and began the first U-Boat campaign with unrestricted attacks against merchant and passenger ships. The British Navy retaliated in March by imposing a total sea blockade on Germany, prohibiting all shipping imports including food.

Newspaper cutting depicting the photographs of six men killed in action. Among those who lost their life was Riversdale 'Rivy' Grenfell (middle, right), twin brother to Francis Grenfell. In September of 1914 while directing fire on German positions, Rivy was shot and killed. He was buried in the cemetery at Vendresse. 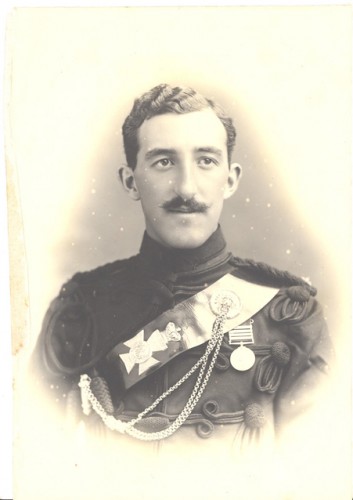 Photograph of Francis Grenfell in the Military Dress of the 9th Lancers. He was awarded the Victoria Cross for gallantry in the Action of Elouges on 24th August 1914. 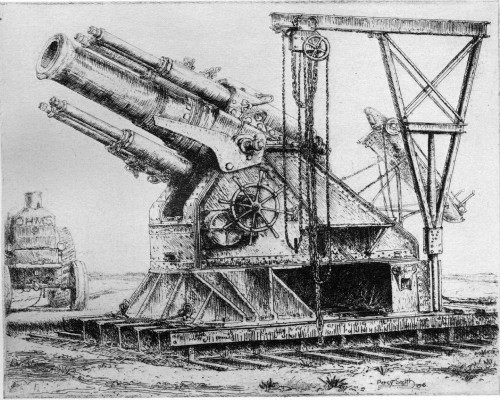 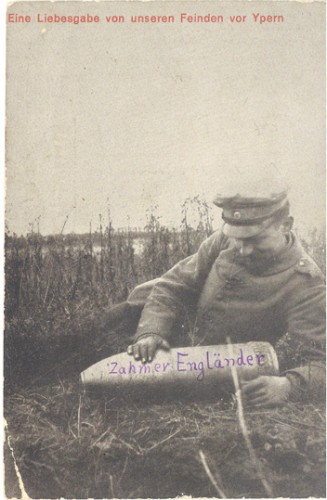 The shell is addressed 'zahmer Englander.' 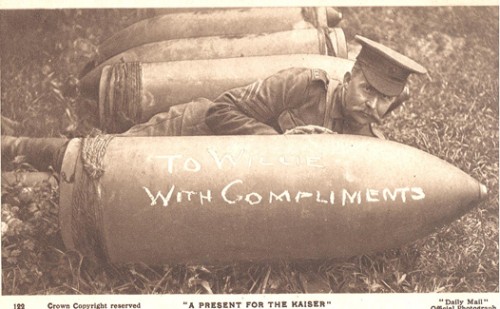 The shell is addressed 'to Willie with compliments' a present for the Kaiser. 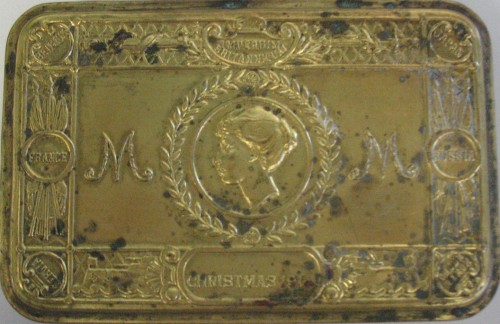 The Gift Fund was inaugurated by Princess Mary in October 1914 to provide a gift for every serviceman at the front or at sea ('Class A') for the first Christmas of the War. The majority of gifts were for smokers and contained tobacco, cigarettes, a pipe and lighter. For non-smokers writing paper and a pencil were provided. For Indian troops candy and spices were given instead of, or in combination with, cigarettes. After Christmas 1914 the scheme was extended. A more simple gift was given out to all other servicemen ('Classes B & C') which consisted of a bullet pencil and a New Year card.